David Hall graduated from The University of Texas in December 1980 with dual business degrees in Marketing and Finance. He went to work for Dean Witter in 1981 and attained both his commodity and stock licenses. In 1983, David moved to Merrill Lynch where he traded futures accounts for both speculators and hedgers. David had the pleasure of trading for many top Executives of some of the largest companies in the world along with placing hedge transactions for large oil and gas producers, farmers and metals dealers. During his years at Merrill Lynch, David was allowed to write a commodity market letter for the firm’s stock brokers in Texas and surrounding states. The stock brokers appreciated David’s humor in his writing and the easy to understand reasons why different commodities were moving; so, they could have intelligent conversations on the subject with their clients. In the year 2000, Merrill Lynch chose to exit the commodities business.

Over the years, David has attended many seminars and training courses concerning most technical indicators including Elliot Wave Theory, Gann Theory, interpreting Japanese Candlestick Charts, options trading and delta neutral option strategies along with many others. During the late 1980’s and early 1990’s David taught commodity futures and options trading courses in the Houston area. David’s hobby, outside of tennis, is to develop trading strategies for both speculators and hedgers. David is concerned with the overly emotional decision making and “seat of the pants” trading that both speculators and hedgers make. David is concerned that hedgers don’t properly hedge their business products; rather, they do too much speculating. (We call that the “Texas Hedge” down here). 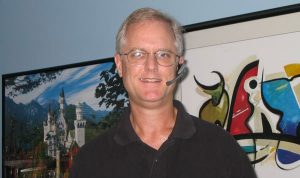 David’s style of trading is like playing a baseball game. He is interested in hitting singles and doubles and not trying to hit the home run on every trade. David says “Home run hitters strike out too much. We can’t afford nor do we have the time, to strike out very often in this game. We need to get on base, and then try to score some runs to win the game.” If a market develops into a major long term bull trend, David will certainly attempt to add to positions as time goes on, by trying to limit risk as the trend goes along”.

David pays attention to the fundamentals primarily to get a feel for what the masses are emotional about, but he trades purely by what the charts indicate, which are many times in disagreement to what the assumed fundamentals are! David is always watching for too many people worrying about a certain commodity. When everyone is worried about the movement in a commodity, the trend will probably continue because people are afraid to get in. Eventually they will be persuaded by emotions to chase into that market, but when a trend has been in place for a long time, and nobody is worried, then David will start getting worried and begin to take steps to lock in profits. When his friends tell him that they are quitting their regular jobs to become traders because of all the money they have recently made, and the “taxi” driver also tells him how much he is making in that market; then it is time to liquidate and reverse positions.